Perhaps your roof was damaged in a storm, maybe it’s on its last legs and needs to be replaced, or perhaps you’re building a brand new house and you need to have a roof installed; whatever the case may be, if you’re looking for a roofer, you want to be sure that you find someone you can rely on to do an outstanding job. At Roofers99, we’ll help you do just that! For more than 15 years, we have been matching Los Angeles County homeowners with the right roofing contractors to meet their unique needs. With the largest network of thoroughly vetted, fully licensed and insured roofers in California, we’ll help you find the perfect West Hollywood, CA roofing company. Emergency spot repairs, new roof replacements, brand new construction, and installation; no job is too big or too small for our network of contractors! When you work with Roofers99, you’ll have peace of mind knowing that you’ll find a reliable and affordable roofer.

When it comes to repairing or replacing a roof, finding a reliable roofer that you can count on to do an outstanding job is an absolute must. After all, the roof is your Los Angeles County home’s first line of defense against the elements, so it has a direct impact on your safety and comfort. While you know that hiring a reputable roofer is essential, figuring out who to hire can be a lot more challenging than it appears – especially if you’ve never hired a roofing contractor before.

To help you on your quest for finding the best West Hollywood, CA roofing company, here are some handy tips to keep in mind.

You absolutely don’t want to hire a roofer that isn’t insured. Even if you’re working with the best West Hollywood, CA roofing company, there’s always a chance that something can go wrong; your property could be damaged or the roofer could become injured, for example. In the event that something does go awry at the fault of the contractor, their insurance will prevent you from being on the hook for unexpected and costly expenses.

General liability insurance will cover the cost of any damages the roofer inflicts on your Los Angeles County house. Workers’ compensation insurance will cover the cost of any medical care that the roofer or one of their crew members may require if they sustain a work-related injury. While roofers are required to carry insurance in California, that doesn’t mean that every company is properly covered. Ask to see proof of insurance and confirm that their policies are valid. A reputable company will happily share this information with you. 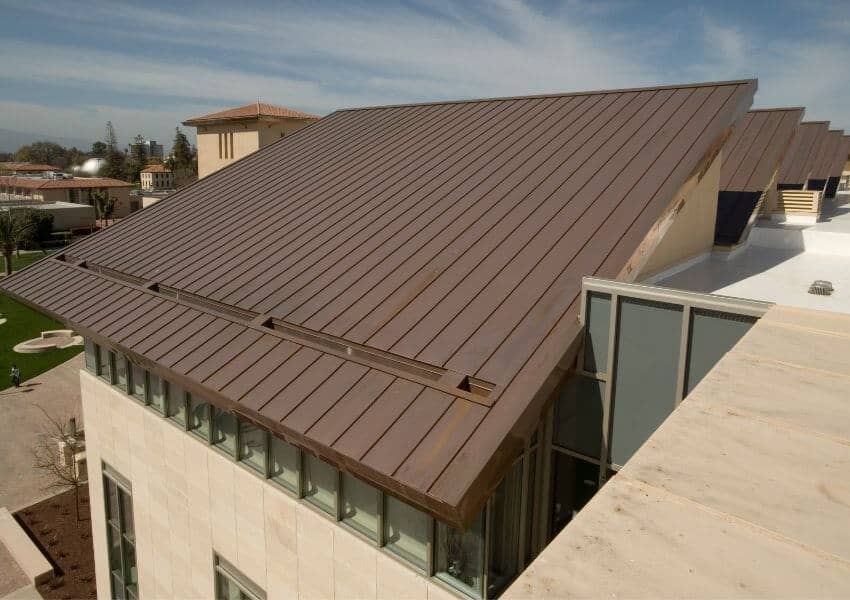 A License is Key

In addition to insurance, you also want to make sure that the roofer you hire has a valid license. In California, roofers have to be licensed. Plus, in order to get a license, contractors must prove that they have the knowledge and experience that’s necessary to identify roofing problems, to use the appropriate materials, and to properly install those materials.

Just like with insurance, make sure to ask the roofers you’re thinking about hiring if you can see a copy of their license. Take the time to contact the state licensing board or the Better Business Bureau to confirm that the license is valid, too.

Hiring a local West Hollywood, CA roofing company is definitely in your best interest. Not only does this mean that they service the Los Angeles County area, but it also means that they have a well-established business and have a reputation in the community.

By hiring someone local, you’ll not only have peace of mind knowing that you’ll be able to easily find the contractor when you need them, but you will also be able to confirm that they have successfully serviced other property owners who live or work in the surrounding area. Plus, you’ll be doing your part to help sustain a small local business, which will support your town’s economy – and that’s definitely a good thing.

Whatever you do, make sure you stay far, far away from so-called “storm chasers”. These are roofers that go door-to-door offering their services to homeowners. This canvassing and selling tactic is never a good thing for something as important as a roof repair, replacement, or installation. Unfortunately, it isn’t unheard of for shady companies to provide invalid contracts and collect deposits, never to be heard from again.

You definitely don’t want to get swindled. If anyone comes knocking at your door, decline their offer. To find a reliable West Hollywood, CA roofing company, ask for referrals from your family, friends, neighbors, or coworkers. You could also check online review sites, like Angie’s List or Home Advisor, or inquire at your local home improvement store. Those are just a few examples of ways that you can find credible roofers that service the Los Angeles County area. Of course, you should also make sure you do a thorough investigation before you hire a roofer.

Roofing services can be pricey, so it goes without saying that you want to try and get the best rate possible. However, with that said, it’s important to note that while it might be tempting to go with the company that charges the lowest rate, if the price seems too good to be true, it probably is. Cheap bids are a sign that the company does subpar work or that they have minimal experience.

When you’re looking for a West Hollywood, CA roofing company, you don’t want to overpay, but you don’t want to underpay, either. Compare rates and go with someone who charges prices that are fair, affordable, and in line with the type of work you need to have done.

When you’re looking for roofers in California, make sure that Roofers99 is the first place you call. With the largest network of fully licensed and insured commercial and residential roofers, we can match you with a company that will meet your needs and exceed your expectations. For more details or to request a free price quote, call 855-206-5994 today!

Some information about West Hollywood, CA

West Hollywood is a city in Los Angeles County, California, United States. Incorporated in 1984, it is home to the Sunset Strip. As of the 2010 U.S. Census, its population was 34,399. It is considered one of the most prominent gay villages in the United States.

Most historical writings about West Hollywood begin in the late-18th century with European colonization when the Portuguese explorer João Rodrigues Cabrilho arrived offshore and claimed the already inhabited region for Spain. Around 5,000 of the indigenous inhabitants from the Tongva Indian tribe canoed out to greet the ship. The Tongva tribe was a nation of hunter-gatherers known for their reverence of dance and courage. By 1771, these native people had been severely ravaged by the diseases brought in by the Europeans from across wide oceans. The Spanish mission system changed the tribal name to ‘Gabrielinos’, in reference to the Mission de San Gabriel. Early in 1770 Gaspar de Portola’s Mexican expeditionary force stopped just south of the Santa Monica Mountains near what would become West Hollywood to draw pitch (brea in Spanish) from tar pits to waterproof their belongings and to say Mass. The Gabrielinos are believed to have burned the pitch for fuel.

By 1780, what became the ‘Sunset Strip’ was the major connecting road for El Pueblo de Los Angeles, and all ranches westward to the Pacific Ocean. This land passed through the hands of various owners during the next one hundred years, and it was called names such as ‘La Brea’ and ‘Plummer’ that are listed in historical records. Most of this area was part of the Rancho La Brea, and eventually it came to be owned by the Henry Hancock family.

During the final decade years of the nineteenth century, the first large land reconstruction of the town of ‘Sherman’ significantly accelerated the development of the region. In what would later become West Hollywood—the town of ‘Sherman’—was established by Moses Sherman and his partners of the Los Angeles Pacific Railroad, an interurban railroad line which later became part of the Pacific Electric Railway system. Sherman became the location of the railroad’s main shops, railroad yards, and ‘car barns’. Many working-class employees of the railroad settled in this town. It was during this time that the city began to earn its reputation as a loosely regulated, liquor-friendly (during Prohibition) place for eccentric people wary of government interference. Despite several annexation attempts, the town elected not to become part of the City of Los Angeles. In a controversial decision, in 1925 Sherman adopted ‘West Hollywood’, ‘…a moniker pioneered earlier in the decade by the West Hollywood Realty Board’ as its informal name, though it remained under the governance of Los Angeles County.